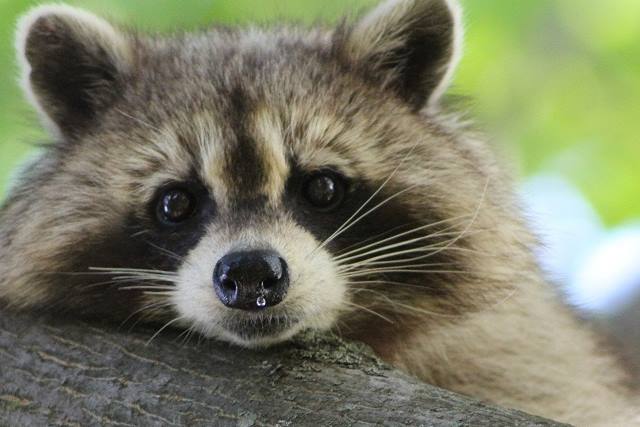 Raccoons have adapted very well to urban living and can become a nuisance. To avoid conflicts, ensure your home is in good repair and remove food such as bird seed, pet food and fallen fruit.

In Ontario, it is also illegal to trap and re-locate an animal such as a racoon from its home territory. In addition to being illegal, trapping wildlife can leave young raccoons orphaned, injured or spread disease such as rabies.

Signs of a sick or distressed raccoon

Raccoons can carry diseases and parasites that affect people and pets including rabies, distemper and fleas. If you see raccoons that are injured or in distress do not approach them. Call 905-896-5858.