“Big City Mayors’ Caucus is a great opportunity for leaders of Canada’s large, urban cities to discuss the collective challenges we face and advocate for funding to the federal government on key priorities including transit, climate change, affordable housing and more,” said Mayor Bonnie Crombie. “We deeply value our relationship with the federal government. This forum provides a unique opportunity for us to sit down with Ministers to advance the agenda of big cities like Mississauga, who help grow Canada’s economy, create jobs and drive prosperity.”

Mayor Crombie is a member of FCM’s Big City Mayors’ Caucus which brings together representatives from 22 of Canada’s biggest cities, offering a forum for policy development on a range of issues affecting the country’s largest municipalities.

The BCMC’s winter meeting is timed to influence the federal budget cycle. Mayor Crombie attended sessions on key topics to help build better lives for Canadians including transit, climate change, affordable housing and more. Mississauga City Council, through a resolution, is also seeking sustainable funding from the federal and provincial governments to help alleviate pressures associated with city-building initiatives and other priorities. Consistent funding to support transit projects continues to be a priority to promote future growth across the city to help residents and visitors move safer, faster and more efficiently to their destination. Part of the meeting included the Urban Project Forum, where Mayors across Canada discussed what tools and approaches are needed to build safe and sustainable transportation networks that improve ridership, get people out of their cars and enhance road safety.

FCM has been the national voice of municipal government since 1901. Its members include more than 2,000 municipalities of all sizes, from Canada’s cities and rural communities, to northern communities and 20 provincial and territorial municipal associations. Together, they represent more than 90 percent of all Canadians from coast to coast to coast. Municipal leaders from across Canada assemble each year to set FCM policy on key issues. For more information, visit fcm.ca 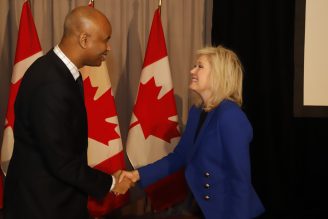 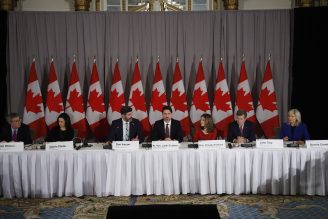